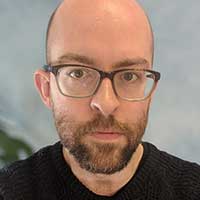 The Fad Diet – How Do Some Ideas Become Trends

For many people, August bank holiday signifies the end of summer, and like the new year so many people make the promise to themselves, they are going to lose weight and get fit. Gyms get busy again and the healthy eating pledges begin. With this newfound motivation, people look for a new routine, and so many people want to kick start this process  – they are likely to pick a fad diet thinking this will boost their chances of getting fit and healthy.

The most (in)famous diet out there, the Atkins came to prominence in the late 1990s when celebrities such as Jennifer Anniston and Geri Halliwell started talking publicly about it. As a general rule, it involves reducing your intake of carbohydrates in order to get the body to burn fat instead of the fuel provided by carbs. In a small study of our patients 33% had previously tried the Atkins diet at some point in their weight loss journey. This is more than any other diet we asked about, so proves its out lasted many other diets, and still remains as popular as ever.

The Dukan diet seems simple at first, but the more you read the more complicated it becomes. You can eat as much as you like as long as you stick to certain foods. The Dukan diet has four phases: the Attack Phase where you try to rapidly lose weight eating nothing but protein; the Cruise Phase where you’re allowed to include vegetables and weight loss is more gradual; then the Consolidation Phase where the weight stays off. It is more popular than some people initially think. 9% of Healthier Weight patients gave Dukan a go before deciding on weight loss surgery but as with most of these diets, the weight went back on eventually.

It shouldn’t really be on the list as it isn’t really a diet – you starve yourself for 14 days, regularly drinking lemon water, cayenne pepper and maple syrup. However it is common, and very popular in the media and often picked up in the media as celebrities such as Gwynneth Paltrow recommend it regularly. Only 3% of our patients had tried the lemon detox diet before deciding on weight loss surgery, cementing it as one of the more hardcore weight loss options out there.

This diet is all about getting your body to trigger ketosis, a state where your body has no sugar fuel to burn so it burns fat instead, thus resulting in weight loss. It is a very, very low-carb, high-fat diet plan where your daily net carb intake can’t be more than 50 grams. As a result, 9% of Healthier Weight patients tried it at some point prior to weight loss surgery. The key difference between the keto and the Atkins diets is that a keto diet limits your daily protein intake to 15–25%. It’s been criticised for its recommendation that 70% of your diet should be made up of fat, which in the long term is incredibly damaging for your metabolism.

Another of the more hardcore options for people to try, the zone is a low carbohydrate option where you eat regularly and often. With its foundations coming from a more sensible approach to nutrition It encourages the idea of eating five smaller meals to help you across the whole day. You are also encouraged to take vitamins and supplements such as Omega 3 as you are likely to be nutritionally deficient in certain areas. Nutritionists and medical experts will rarely recommend diets such as the zone diet, and this is reflected in our own research where not one of our patients surveyed had tried it.

With only 1% of Healthier Weight patients opting for the Paleo diet, it is not as popular as you initially may think. It’s concept is that you only eat what was available to Neanderthals from the Paleolithic era. No processed food, bread or sugar, you are encouraged to eat meat and plants. Seemingly quite popular among the general population, only 1% of Healthier Weight patients had tried it before deciding on weight loss surgery.

The baby food diet involves replacing breakfast and lunch with baby food. Primarily a calorie restricting, meal replacement diet, there is a limit of 1000 calories of baby food for these two meal replacements. Baby food tends to be low in fat, salt and sugar, so nutrient-rich and calorie-light. Another popular one with celebrities (Jennifer Anniston again) it isn’t so common with our community – with only 1% of people trying it.

In the cabbage diet, you eat nothing but cabbage soup for every meal, however, you are allowed an exception once per day, one day you can have a piece of fruit, the next you may be able to have a couple of pieces of meat. As with most of the diets on this list, the risk is that you lose weight quickly – most of this in water – and put it all back on again when you revert back to your ‘normal’ diet. Popular with Healthier Weight patients, our survey revealed 10% of people will have tried this diet in the past.

After the Atkins diet, this was the most popular diet in our research – 29% of people had tried the Cambridge Diet at some point. The Cambridge Diet is actually very similar to the baby food and meal replacement diets in that eating from a pre-designed weight plan meal replacement products such as bars, drinks, soups and shakes while following a strict very low-calorie diet.

Feedback from patients on the Cambridge tend to be

“Cambridge worked but can’t do it longer than maybe two weeks, done all the others again can’t maintain it and as soon as you stop it comes all back and more. Also real constipation trouble”

“I lost 5 stone with Cambridge over 8 months. Gained it all back 😩”

The issue with most fad diets is a common one, there can be some quite significant weight loss however as soon as the period of dieting comes to an end people can really struggle to maintain that weight loss, and your body struggles to adjust to the new consumption, thus reacting in a way where your body takes some time to adjust.

When discussing these diets it is important to understand the  these impact they can have on your metabolism – as one of our focus group said:

“All diets work for me in the short term but are not sustainable and I then eat everything I’ve missed and craved so gain more!”

Whatever your thoughts on diets, there are a large number of people who need to lose weight. If you feel you may need to lose some weight a good start is to measure your BMI (Body Mass Index) which you are able to do on the Healthier Weight site