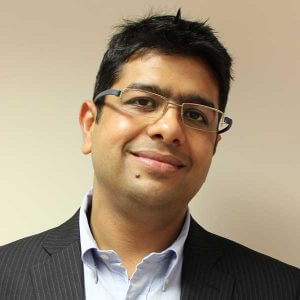 Why is the NHS doing fewer weight loss surgery procedures when more and more people would benefit from them?

It would be too easy to give the simple answer that there isn’t enough money but to really understand the problem a deeper appreciation is needed. The reality is that there are lots of reasons and they all come under the same umbrella of the NHS not having enough resources.

Let’s look at the detail: The number of cases being done

The latest data would show that about 6,500 weight loss surgery procedures are being done in the NHS each year. This number has been in decline and we expect the latest figures to show further declines. Certainly the surgeons we work with are telling us that fewer cases are being done. It’s not inconceivable that this life changing surgery may already be down to fewer than 5000 cases per year.

This is despite the fact that millions of people would benefit from surgery. The evidence is compelling that if you have a body mass index above 30, weight loss surgery will improve your health. The NHS applies tighter guidelines, generally they work to NICE guidelines that require a BMI in excess of 40, but even on this basis an estimated 1 million plus people would meet the criteria. So, why are we only doing 6500?

The lack of beds

When speaking to one of our surgeons yesterday he told me that there has been no real increase in hospital capacity for many years.

When the burden of an ageing community with little community support is added into the mix we see that hospital surgical wards and operating theatres are increasingly occupied by elderly patients. The range of operations available to this population has increased also.The combination of flat-lining hospital capacity, less community support for the elderly and more surgical demand for the elderly means there isn’t the capacity to do weight loss surgery.

The result is that surgeons will often see their lists cancelled at short notice because there aren’t enough beds to do their case, despite this being life changing surgery. Of course, weight loss surgery is not alone in this problem.If you ever visit your local hospital, take a look at who is in there and you’ll see the burden that an ageing population is placing on the entire system.

If you are to have a procedure with the NHS, the first person who you need to support you is your GP (your family doctor). He/she would have to make the referral to an NHS weight loss service. Under this service you’ll be expected to follow a long term weight loss programme. After that you may be selected for surgery. In all, it generally takes 2-3 years from start to finish when waiting lists are taken into account.

Some patients tell us that they struggle with their GP because either they don’t have a good relationship with them or they simply find them unsympathetic.So, it’s fair to say that a lot of potential patients drop out at this stage.

In order to access an NHS weight loss surgery procedure you first need to attend a long term weight loss programme. This is because the NHS will try and help you manage your weight without surgery. You will be required to attend weight loss clinics for 6-12 months. If you fail to attend then you will be taken ‘off the list’.

Of course, most weight loss patients have tried and failed with weight loss programmes. They have done Weight Watchers and Slimming World and have seen that it just doesn’t work for them. Some would argue that these programmes are just a convenient way to reduce the number of patients waiting for surgery and to delay them. We wouldn’t agree or disagree but we do know that lots of people fail to secure an NHS procedure because they don’t complete the programme.

We know that the NHS is stretched. Whatever your political persuasion, our assessment is that no political party could provide the funds required to deliver the service that we would all like to see. The pressures of the ageing population, staff shortages and a culture in which people are discouraged from taking ownership of problems for fear of being sued or failing to meet guidelines means that resources will get ever more stretched.

To give you an idea, nearly £10bn of the NHS budget is spent defending/settling legal cases. This will only go up if left unchecked and the money for it comes straight out of patient care. So, when you hear a politician talking about an extra £3 billion for the NHS, don’t be seduced into thinking that it will make any real difference to the availability of surgery. It’s just not enough money to make a difference.Given the limited resources, the money has to be spent very carefully and the health service as a whole has to make very difficult choices about what to prioritise. It’s a very challenging situation for them.

Lack of political support from the government and the public

The sad truth is that most people simply are not very sympathetic of the obese population. How many times have we heard people say, why don’t they just eat less or why don’t they get some will power.

We all know that it’s not that simple.

Most weight loss surgery patients have tried everything and are at their wits ends but that doesn’t translate into much sympathy among the ‘slim’ population.It means that when politicians, our representatives, are forced to make hard choices about how to set and spend the NHS budget they prioritise other things. Let me give one simple example, every politician in the land would vouch for more child cancer treatment but it would be a much smaller group who are willing to stand up for surgery for the obese. As I said before, the limited resources mean tough choices need to be made.

We suspect it will be a long time before the political environment changes sufficiently for weight loss surgery for the obese to be given a higher priority.

Other related articles of interest to readers

Rishi is an expert bariatric surgeon based in the West Midlands and also Medical Director at Healthier Weight
PrevPrevious‘Fill my band, I need more restriction’
NextWarning – Don’t Be Deceived by Hypno or Mind BandsNext