One of the reasons you chose a gastric band in the first place is probably because it is a reversible operation that keeps open the option of removal or revision to another procedure at a later date.

Removal may be required for a number of reasons, including:

The good news is that if you do want your band removed it is usually a very straightforward operation that requires less than 30 minutes in theatre. It is done under general anaesthetic and would usually be a day case procedure, meaning you would go home on the same day.

The complications of the gastric band removal operation are very similar to those for band placement. In the case of an eroded band placement, on rare occasions, the band removal will be necessitated by the band eroding into the stomach (‘erosion’). Erosions bring a small, but increased risk of stomach perforation. Erosions may be dealt with surgically or endoscopically, and your surgeon will discuss this with you before you proceed.

The published data shows gastric band removal to be a safe and effective day case procedure.

Do I need to have the band removed?

Before we enter into discussions with you about having your gastric band removed, we always discuss the possibility of helping you get your band working for you. It is possible that you could be struggling with your band because of a problem with the device itself, for example, if the band was leaking. You might think that it was you who were failing when in fact the problem was with the device itself. We would always recommend a clinic and x-ray review if you are ‘failing’ with your band due to a sudden loss of the sensations of fullness you used to experience with it.

Arrange a call with an expert

How to get a gastric band removed

Call our team on 0121 693 4488 and we will make the arrangements for you. The first step will be a consultation with one of our surgeons. 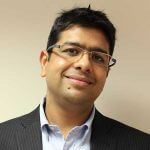 We expect a proportion of gastric bands to be removed. In skilled hands it is a straightforward procedure and most patients go home the same day.

Arrange a call with an expert

If you’d like to talk to a specialist about a revisional procedure, please complete this form.