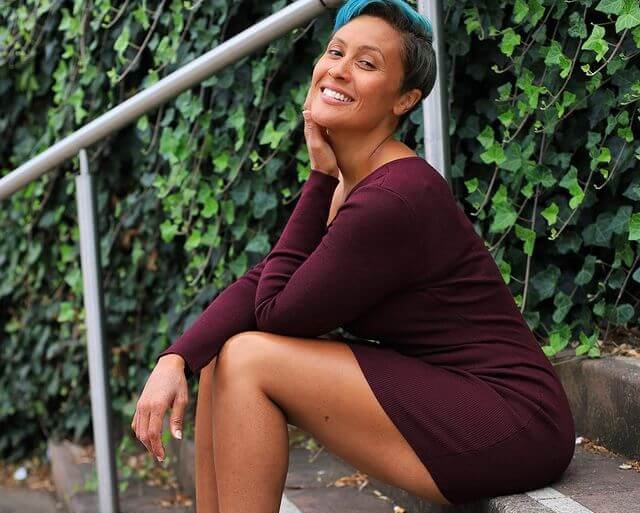 Weight has always been an issue for Alison since she was a child. It was like a personal demon inside that she couldn’t control emotionally. She grew up in a male-dominated environment with her brothers and father, who always had something to say about what she was eating. So naturally, these regular comments dented her confidence and self-esteem. And from home life to school life, she always considered herself the “bigger one.” She felt she never had the right to challenge that and was forever isolated as the friendly cubby friend.

"I was a binge eater"

To save the feeling of embarrassment and judgement from the past comments from family members, Alison stopped eating around people. Making up excuses such as, “I have just eaten”. And when she was in her late teens, she stayed with her boyfriend for a weekend, and Alison didn’t eat once. The feeling of being observed for eating made her feel uncomfortable and resulted in her starving herself. However, as soon as she was by herself and he would drop her at the train station, she would binge everything and eat in secret.

Eating patterns were inconsistent for Alison, and she would restrict herself all week, eat clean and go to the gym five times a week. Then the weekend arrived, and so did the bad habits. Alison would over-indulge in sweets and takeaways.

This kind of routine leads Alison to fall into a deep cycle of binging and leads Alison to purge on one occasion. She would eat and eat, and even when she felt full, she still couldn’t stop herself from binging on food. Then one time previously, she has made herself sick to get it all out of her again.

Your social circle can have a high impact on your habits, and if your mental state isn’t right and you have no control of your choices, it can lead to a negative cycle. For example, Alison discussed that her best friend at the time would binge eat, and she felt she had a free pass to eat bad, and they both knew they would eat unhealthy when they were together. So at this point, she felt that everything in her life was toxic and nothing was healthy, her mental and physical health and her relationships with others.

Alison recalls one occasion on what was supposed to be a fun day out at the fair. Alison attempted to go on a ride, and she sat in the seat, but the bar wouldn’t push down, and it took three men to try and help, but it wouldn’t fit. “I had to get escorted off the ride in front of everybody because I was too big to fit. that was awful”.

I started to research my weight loss options.

Enough became enough, after attempting diets in the past, such as Slimfast, calorie counting, Weight Watchers, and only achieving short term success. It was time to find options that were more consistent with being maintained for life. Alison came across the Healthier Weight website, “I think I read every single page, review and option” – Alison. After her initial call with Healthier Weight, she described her experience as relaxed, and no question was stupid. She had full support from the team. 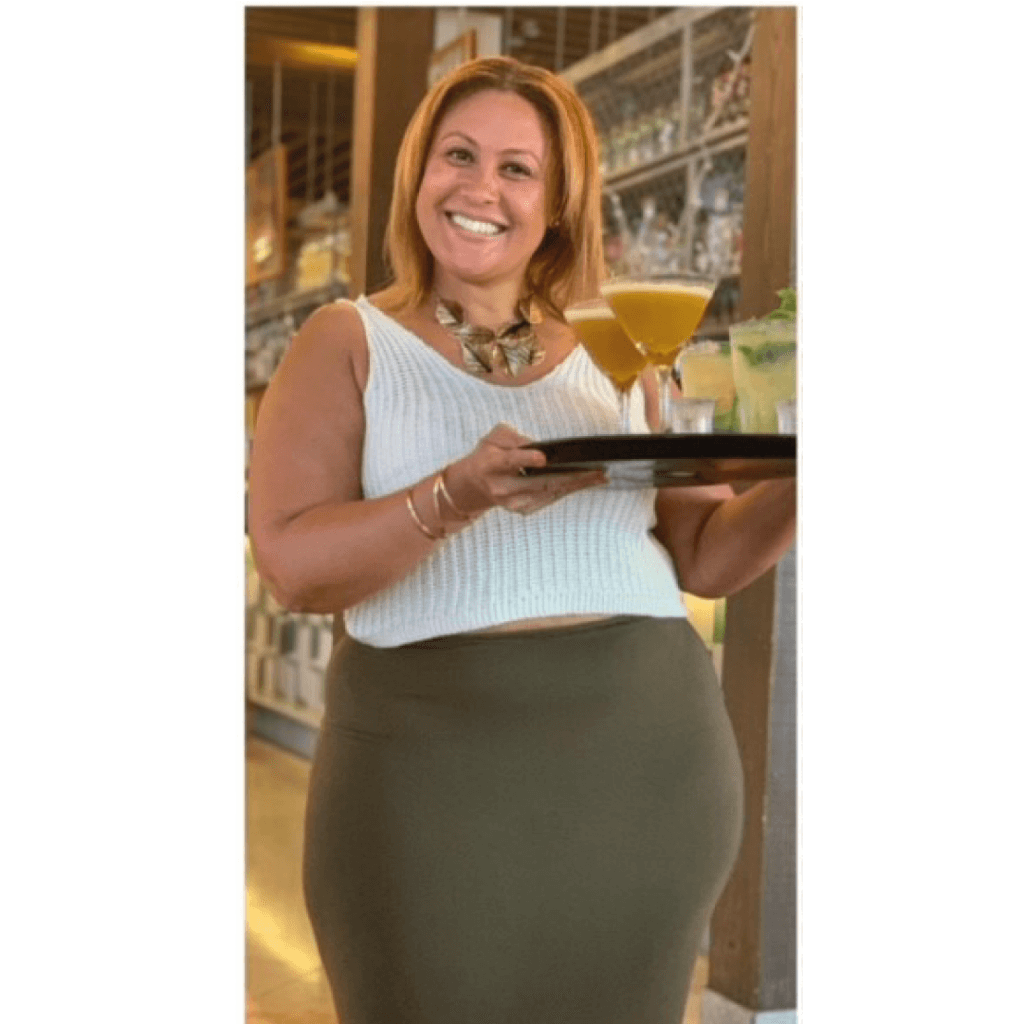 At first, Alison was scared as previously she felt like when seeking advice from elsewhere, “you are always not heavy enough or light enough”. But Healthier weight gave Alison hope that things were going to end, and it did.

Initially, she enquired about the Gastric Band. But during the consult, the surgeon asked about her daily diet, which was a lot of crisps and sweets. Due to the way the band works, our team knew that for the best chance at success with weight loss surgery, the band wouldn’t work as this kind of food can slip through. So instead, we recommended a sleeve that would reduce the number of food patients eat and the hunger hormone.

"At the time, I was like, are you just doing that because you want me to have a bigger procedure. So he gave me all this information, and then I took time out, really researched it, and it was the sleeve for me, and honestly, it was the best decision I have ever made."
- Alison

What made Alison pick Healthier Weight

Most importantly, Alison’s decision came down to how the team treated her. From her initial call, throughout her consult, she never felt pressured. Instead, she was given all the information needed to make her own decision. Along with our success stories and expertise in weight loss, Alison felt that Healthier Weight was the best option.

“Not having that push; I thought I could probably do this; everything felt very freeing and respectful”.

Getting your mindset right

Alison had taken all the steps to begin her weight loss journey. And for her, this was the opportunity to take control of her weight. However, although she was certain weight loss surgery would give her the best chance of losing weight, she knew that the surgery alone would not result in self-love and confidence.

Wanting to be mentally in the best place for surgery, Alison wanted to control her mental health and emotions. Plus-sized modelling was the solution. Through developing newfound confidence and love for herself, It was just what she needed after having a lot of her confidence knocked from a previous relationship.

Previously Alison dated a photographer who spent all day taking photos of “beautiful slim women”, which dented her confidence; however, she is very grateful for her former partner. He reframed her body in a different light. It was the beginning of her new self-love journey despite the challenges of comparing herself to other women.

"life is too short, I waited all this time, like dieting, trying to reach the unattainable, and noth-ing was working. When I felt happier in me, I knew it was the time to do something real about it."- Alison.
- Alison

I was seeking validation from others and finding self-love.

Before weight loss surgery, Alison always looked for validation from others, especially from romantic partners, and it became exhausting. The feeling of never being satisfied with yourself and always wanting to be something else to please another person is tiring and mentally draining. But to others on the outside, she was a happy soul.

“Friends of mine would never know I was unhappy. On the contrary, everyone thought I was confident” – Alison.

The confident, self-loving woman Alison today is phenomenal, refreshing and empowering to all. There is so much she wouldn’t accept now. She wouldn’t be mistreated by friends and family anymore because weight loss surgery has allowed her to find a new profound love for herself that she didn’t know existed. There was a time when Alison would put up with toxic behaviour from others and go up and beyond. She pleased others because she thought that would keep them around and she wouldn’t be alone. Now she gets treated how she has always wanted to, with respect and appreciation, some friends have fallen off, but she has the right people around her know, who give her the best support.

“Before surgery, I would never believe that this could be me and people would stay”. – Alison.

People consider weight loss surgery as an easy way out – but I'm proud of my decision to take control of my weight.

Alison was terrified to share her weight loss surgery experience at the start due to the stigma around it being a quick fix. But, speaking openly to someone who had the bypass, listening to her story, Alison questioned why she was so secretive herself. “wow, why am I not telling people” she thought.

Now Alison is open and proud of her surgery. Previously she would just tell people the secret to her weight loss was down to eating smaller portions, but now she tells the whole story and is happy to inspire others.

“This my journey this that I have done for me. No one can hold anything over me. It felt amazing!” – Alison.

Alison Journey has been remarkable and her internal strength and self-love to becoming the woman she is today is refreshing and inspiring. We are very proud of Alison for all her hard work and dedication to her journey. She now lives a life where she feels she can partake in anything because she feels worthy.