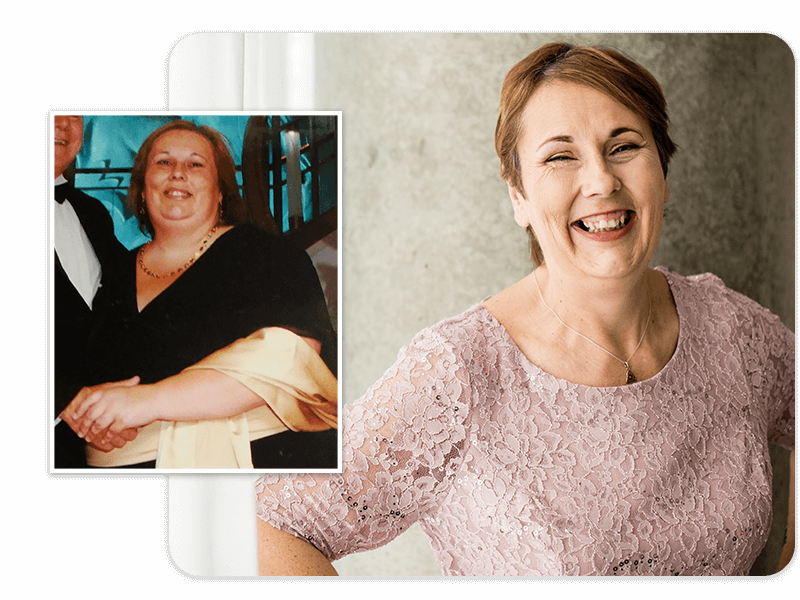 “I was always quite active anyway but definitely energy wise, my energy has definitely gone up. I can walk quicker than my husband now which I find quite funny. My stamina has got better, I can do a lot more for a lot longer, so a lot of changes” 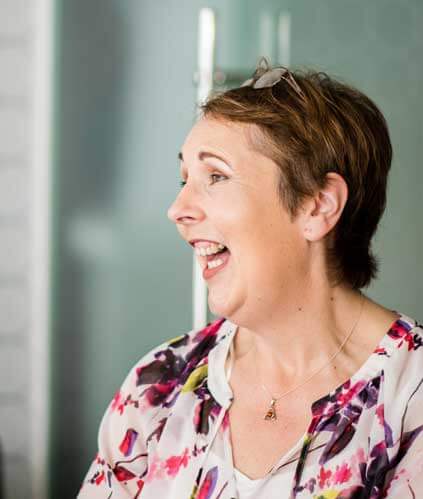 Angela, who came along to our photo shoot with her husband Clive, had a gastric sleeve in 2014 and has maintained a superb weight loss of over 16 stones ever since. We asked her a few questions about her experience.

How has your weight loss changed things in your life?

I was always quite active anyway but definitely energy wise, my energy has definitely gone up. I can walk quicker than my husband now which I find quite funny. My stamina has got better, I can do a lot more for a lot longer, so a lot of changes.

Have you noticed any other changes about yourself?

Confidence definitely. I used to put on a mask and pretend I was quite confident when really, I wasn’t, but now it feels more natural. For example, getting involved in this photo shoot, I never would have done this before. When I had the email to ask if I’d be interested, I thought ‘actually I am!’, which I never would have done before.

What advice would you give to new weight loss surgery patients?

Definitely go for it. When I was first looking into it, I went to 3 different companies but Healthier Weight were the best one. The person that I spoke to initially filled me with confidence and offered me an appointment. The whole journey with HW was a good one and I’d definitely say go for it. It did take me a while to get my head round it, but once I’d made peace with the fact that I was going through with it, I wouldn’t look back at all.

How long did it take you to make the decision?

Previously I had lost 11 stone but put the majority of it back on so I actually got quite depressed with it. I lost weight and put it on, I think that’s most people’s journey. I got really low because I’d put on so much weight again and I got lower and lower and it was only then I thought about surgery. For me, having surgery was a last resort and it felt like it was a failure for me. Because for me, and I wouldn’t think this of anyone else, but for me it was like ‘you should be stronger’ and ‘you should be able to do it.’ Years of trying had proved that I couldn’t. A friend of mine actually said ‘Ang, it’s about being healthy, which ever means you take’. Once she said that, a light switch went on. We made a few phone calls to different companies, as the NHS weren’t going to help as I was ‘too healthy’ and didn’t fit the criteria. The last company was HW, who offered me an appointment a couple of days later. It was brilliant, from start to finish the whole process took 5 weeks. So, once I got my head round it, it was 5 weeks.

What was the hardest part for you?

Making peace with my own head. Accepting the fact that it was ok, I wasn’t a failure that it wasn’t about me not being strong or good enough. I know everybody’s journey is different. My doctor wanted to put me on anti-depressants, I got that low but after I’d made up my mind I went to see her and she said it was like a different person walking through the door.

How have your family been throughout?

They’ve been amazing. My husband is my biggest cheerleader, he’s really proud. I think I don’t always see the whole thing, people say to me ‘you’ve done so well’ and ‘you’ve inspired me’ and I don’t get it. I was very nervous about telling people at first, not because I was ashamed, but I thought that they don’t need to know. The more and more weight I’ve lost, people start asking how I did it and now I’m happy with telling them that I’ve had surgery.

Have you been able to do more since your weight loss?

Yes! In October in our area we have a local fair and I actually went on one of the fair rides with my grandchildren. That night on Facebook my daughter put ‘oh my gosh my mum actually went on the waltzes with the children, I’ve never known her to go on any rides!’

How have your eating patterns changed?

Considerably! I do have certain foods that I avoid by choice, like bread, white flour and sugary foods. I also prefer to avoid fried foods, but occasionally I’ll treat myself. Going out for meals can be a challenge because I usually have to eat children’s size portions, which are generally fried foods. Also lots of places offer sandwiches and things which I don’t like to eat because of the bread. But the main change is just taking into consideration my portion sizes really and eating a generally more healthy diet.