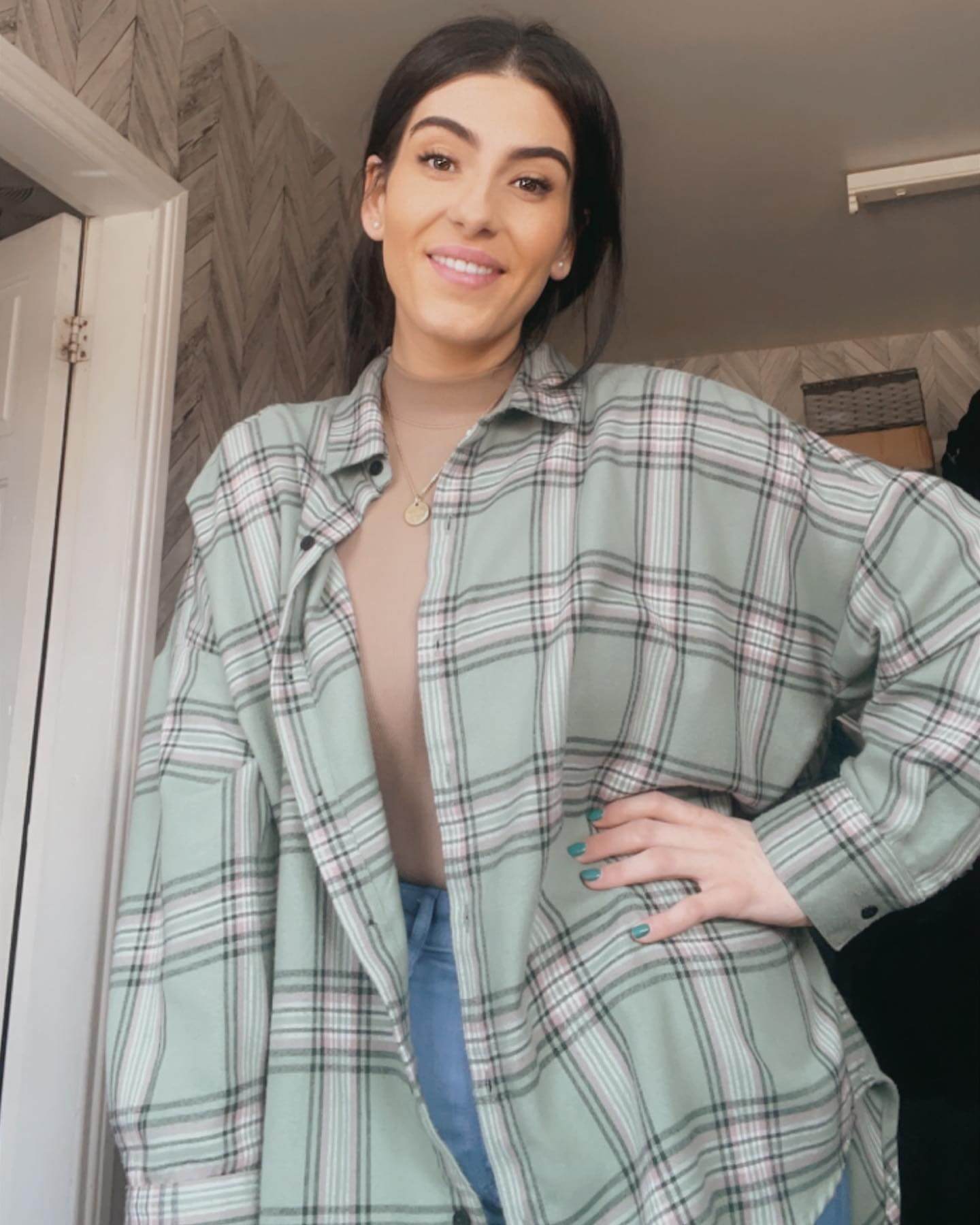 “I was in a real bad place, I was so mentally unhappy, it was causing problems in my relationship, and I didn’t feel I was a good mom as well. And it really got me down.”

It is more than just weight loss surgery. it is the Aftercare and Self-care you finally give yourself.

It is more than just weight loss surgery for Collette. After having the Gastric Sleeve in June 2021 with Mr Rishi Singhal, it has definitely taught her the importance of caring for herself and demonstrating self-love. Collette has now lost a phenomenal 8 stone and says, “it has literally changed my life”.

Collette started looking into weight loss surgery in 2019 with Healthier Weight but then decided to “lose weight naturally”, but as time went on, she gained more weight. Then nine months ago, she decided to go for it and now feels like a new woman. 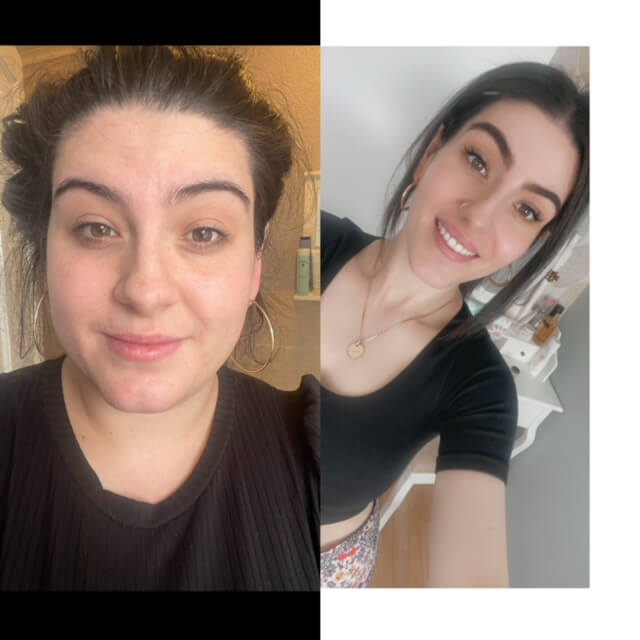 "I was in a real bad place, I was so mentally unhappy, it was causing problems in my relationship, and I didn't feel I was a good mom as well. And it really got me down"

Before Weight loss surgery i was in a real bad place

Though now Collette practises self-love and lives her life to the fullest, life before was very different, full of self-doubt and overthinking.

“I was in a really bad place, I was so mentally unhappy, it was causing problems in my relationship, and I didn’t feel I was a good mom as well. And it really got me down” – Collette.

Sometimes Collette would wake up and think I don’t want to go to work, and she would say that her daughter was ill, but she now thinks, “why would I do that” but she explains it was her mindset at the time, she was unhappy with herself.

Even before having weight-loss surgery, her partner used to sleep downstairs because of her high snoring intensity, but now that has changed! Finally, Collette doesn’t snore since the weight loss, and they now share a bed again.

I used to care what others thought.

What people thought of Collette’s weight and her constantly overthinking was massively pulling her back. Collete now walks her daughter to school, but she would have gone in the car to avoid being seen in public before.

“In my mind back then, I would think people thought I’m walking to lose weight, and when I was bigger, yea, I wanted to lose weight, but I didn’t want people to think that’s why I was walking.” – Collette.

But now, all that relentless overthinking and being unkind to herself has stopped since her weight loss. She now likes herself. “. I wish I could go back to that person I used to be and let her know everything will be ok.”

i re-joined slimming world about 12 times

Portion control was something that Collette difficult, and having tried 12 attempts at Slimming World, this style of dieting wasn’t well suited to her. She would lose three stone, feel great about herself and then treat herself and it would go on and on, and she would put more weight back on.

“When I was at Slimming World, you could have so much food such as a whole plate of pasta because it is classed as free food and on slimming world, it would be fine, and it got me into the wrong mindset”. – Collette

Portion control is something the Gastric Sleeve can support as it reduces the stomach capacity, speeding up the passage of food and reducing the gut hormones. The beauty behind the Gastric Sleeve is that it doesn’t hold you back from what you eat. It helps with overeating, which was an issue in Collette’s life before. As she describes, “I was like a bottomless pit”. She now still eats the same as her husband and daughter, just a smaller portion, and she now looks back at what she used to consume at dinner time and can’t believe how much she used to eat.

“Now I feel so much happier. I don’t think I have been this happy in my whole adult life” – Collete.

It is true that when you start to feel good inside and notice healthier changes, you begin to treat yourself with love and respect you deserve. Collette before shied away from the care routine. Now she will have her nails and eyelashes done, but before the thought of Collette going somewhere and lying on a beauty bed created anxieties, the overthinking would occur as she thought it would break.

Since her 8 stone weight loss, she now feels worthy within herself. Before, Sunday used to be full of lying on the sofa and lounging about. Now it is all about self-care and making herself feel good.

“I will work a ten-hour shift on a Sunday, so when I get home, I have a bath, mud mask, chill, exfoliate and tan, and then go to bed and then I am ready for the week. But before I got home and sat on the sofa and did not move, I do something where I feel good about myself.” – Collette.

Having your self-care Sunday routine is great for the soul, but also Collette discusses that it is essential to have aftercare included in your weight loss surgery package.

“It is handy to know someone is there on the end of the phone. I know if I were to phone Healthier Weight, they would be able to help me.”

Having a team of experts by your side for life to help manage your new healthier lifestyle is vital to succeeding long-term. 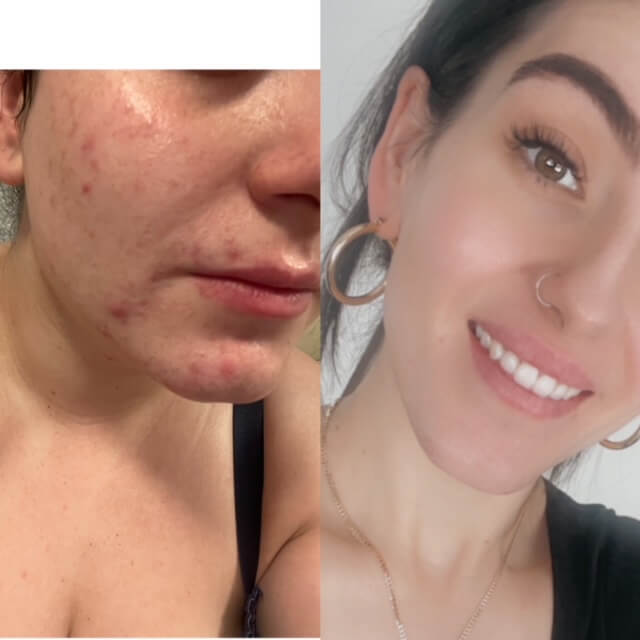 How Collette deals with a bad day

“I don’t have a bad day, I wake up, and I am happy now”. Collette says she honestly hasn’t had a bad day since her surgery last year but how she would deal with a gloomy day now is different. Before Collete would turn to food, it was her reward for any given moment. But how life has changed since having the Gastric Sleeve “now, if I was having a bad, I would get up and go, have coffee and just manifest good thoughts and just crack on” – Collette.

it is more than just weight loss surgery

We at Healthier Weight like to share that this is more than just having a Gastric Sleeve procedure. The physical and mental health benefits are incredible, and we are over the moon that Collette’s life has improved vastly.

Before having her Gastric Sleeve, Collette wouldn’t want to go anywhere because she was embarrassed about her weight. So taking her daughter to a favourable wacky warehouse was a no; Collette couldn’t go as her daughter was very young, and she wouldn’t be able to go in the ball pit and help. But since surgery, they go to the wacky warehouse at least once a week!

It is more than just weight loss surgery; I have confidence in myself.

By day Collette works at the supermarket Aldi. She used to sit on the tills and serve customers but constantly thought that people used to look at her and think, ” I am overweight”. But now, Collete doesn’t care what people think because she now has a new love for herself and knows she is healthy and happy.

It is more than just weight loss surgery; I dont have to shop online anymore

Before having weight loss surgery, Collette was a size 22-24 but now is an 8-10. She is now enjoying that she can just pop into Primark and they have her size and no more just buying online!

Collette’s advice to all since having weight loss surgery is to go for it! It has improved her life overall, her relationships around her, what she eats and most importantly the way she respects herself and we are excited to what more Collette has to bring.

Are You Ready To Change Your Life With Weight Loss Surgery? Speak To An Expert Today