I couldn't put my socks on without holding my breath! 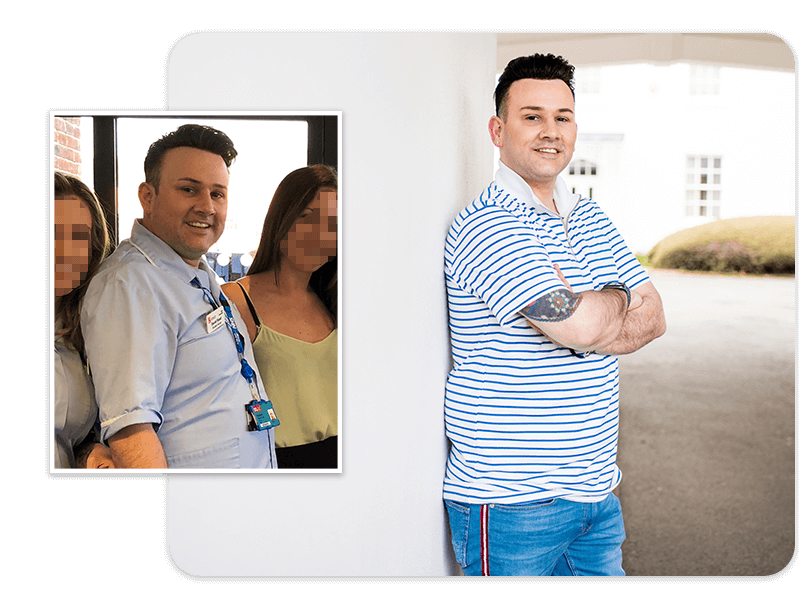 I’m no longer on blood pressure medication, I’m no longer borderline type 2 diabetic. For me, I just feel better as a person

David tried all sorts of diets, and spent an amazing £3000 on milkshake diets alone. However, as with many people, David eventually put on all the weight he had manged to lose. It got so bad for him that he had to hold his breath to put on his socks, took the lift instead of stairs and exercised as little as he possibly could.

Eventually he had done so much damage to a liver he had a liver similar to an alcoholic.

David had a gastric band fitted in February 2018, at that point he was 118kg, and since that date he has changed his life around – in more ways than he possibly imagined.

“Everybody concentrates on the physical transformation” David says “However for me the mental side of things has seen the biggest improvement, the feeling of self worth, the self esteem and the body confidence have all been phenomenal”

While not down to his goal weight yet David has lost a staggering 5 stone and is only a few pounds off where he wants to be.