How I lost 7 stone with a gastric band procedure 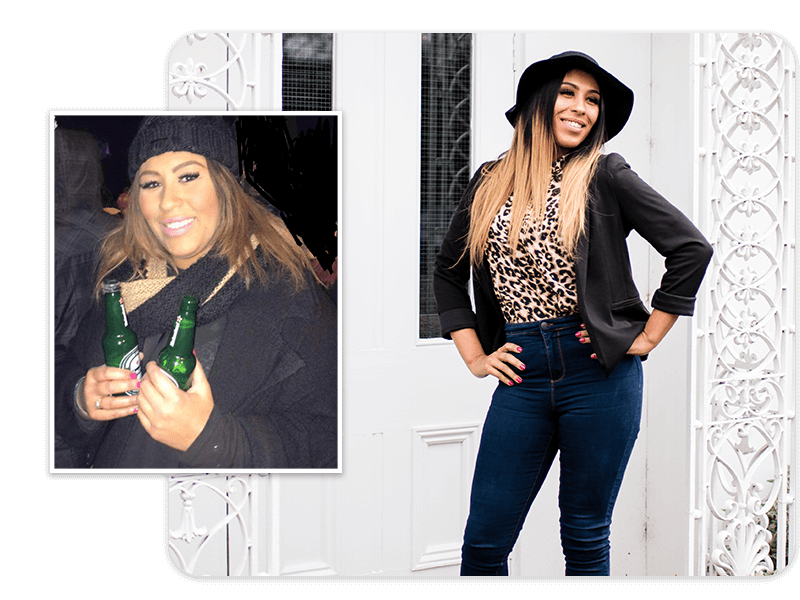 I’ve had a gastric band and I’m in a really happy and healthy place. I definitely regret not getting it done sooner

After coming to the realisation that years of dieting wasn’t providing the long term solution to her weight problem, Lisa spent some time researching weight loss providers. She decided to choose the gastric band procedure with Healthier Weight, and since her procedure in 2017 has lost 7 stone (at the time of filming).

Life before her gastric band procedure

“So, I couldn’t just walk into a normal clothes shop and buy a nice pair of jeans or a nice top. I felt quite self-conscious when I was going out with my friends or with my kids, my energy levels weren’t there and I couldn’t keep up with them, there were a lot of negatives.

“I kind of just got to the point where I felt like my weight was just ballooning and ballooning and I was getting to the stage where I thought if I don’t do something about it now I’m going to start having problems with high blood pressure or diabetes and things like that and I didn’t want to get to that stage. Before I did, I said right I’m going to do something about it and decided to get the gastric band.”

“I’ve done everything you can think of, all the standard weight watchers, slimming world all that sort of stuff. Done the protein shakes, Cambridge diet, red day green day diet pretty much anything and to be fair they did work but once I stopped them, I found the weight just came back again so it was bittersweet really.”

“I did a lot of research and looked at a lot of companies out there and I think for me Healthier Weight had the best patient reviews and I also looked at the surgeons and the reviews I got from them were a lot better than other companies. That was one of the reasons why I decided to [go ahead] with Healthier Weight.”

Total weight loss after her procedure

“So, I was really really happy with the procedure, obviously I was quite nervous leading up to it but the nurses there really calmed me down and were really helpful.

“After the surgery, I woke up and everything had gone fine, I think it was only 45 minutes it had taken. I had a little bit of pain but took pain relief and that was fine then I was up and about when I got back to the room.

“I took a couple of weeks off work but within my first week, I was up doing the school runs out and about. The whole process was really good, I couldn’t have been happier with it.”

Sharing her gastric band story with others

“Obviously having the surgery, I’ve had quite a large weight loss so more and more people started to comment, you know asking how have you done that? So, I’ve told a wider circle of people.

“I was never ashamed of getting the band done, I know some people class it as cheating, but I don’t think it is. You wouldn’t necessarily say someone that’s used a nicotine patch is a cheat, they’ve just done something to get healthier in their own way.

“For me, I didn’t want the added pressure of people knowing I had a band and looking for that weight loss, I wanted to do it at my own time at my own pace. But if anyone asks now, I’m quite happy to tell them yeah, I’ve had a gastric band and I’m in a healthy and happy place.”

How shopping has changed since weight loss surgery

“Since having the band I can go into any high street shop and I can get pretty, flattering clothes. Whereas before they just didn’t have my size.

“It could seem quite materialistic, but for me, I love the fact I can just go and do that because it’s something I’ve never been able to do before. And knowing that I can just pop into there and get something, and sometimes it’s too big, It’s a really nice feeling.” 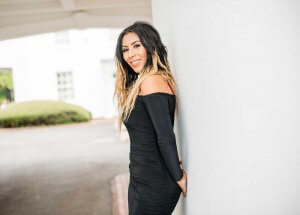 Wishing she had a gastric band earlier

“I definitely regret not getting it done sooner, and to be honest I don’t think it was as popular, you didn’t hear too much about it.

“Quite a few years ago there was a bit of scaremongering around weight loss surgery and obviously it wasn’t the case it wasn’t true. So I think that probably put me off it a little bit as well but yeah, looking back now I wish I had done it years ago.”

“I would 100% recommend getting a gastric band, each person is different, so each person’s circumstances are different from the next.

“But what I would say is do your research and go with a reputable company such as Healthier Weight, and when you do make sure you’re doing it for yourself, not for anybody else because it does change how you look on the outside but you’re still the same person on the inside. You still need to be happy within yourself, but 100% give it a go because it does work!”

Editor’s note: Lisa was 32 when when she had her Gastric Band surgery with Healthier Weight.