My Gastric Bypass Was A Life-Saving Operation* 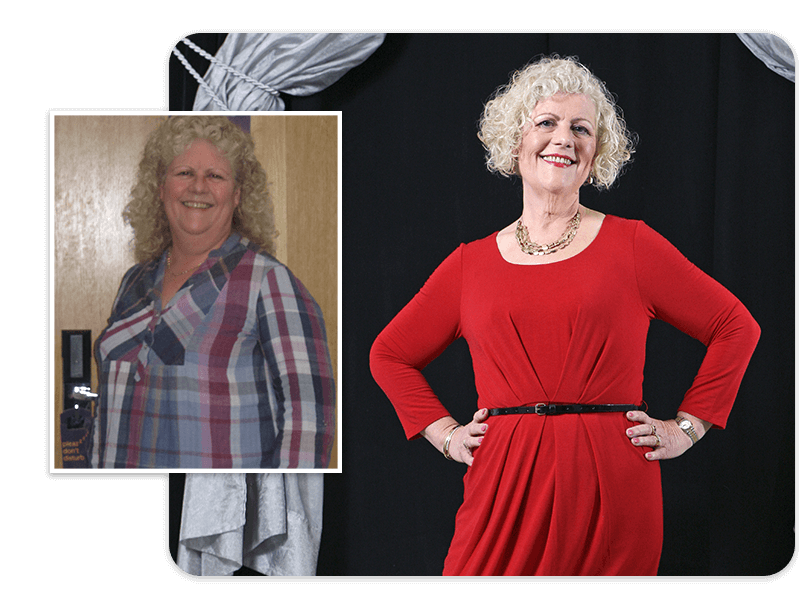 I feel incredibly fortunate that I was able to have the procedure, and of course I don’t regret it, not for one millisecond!* 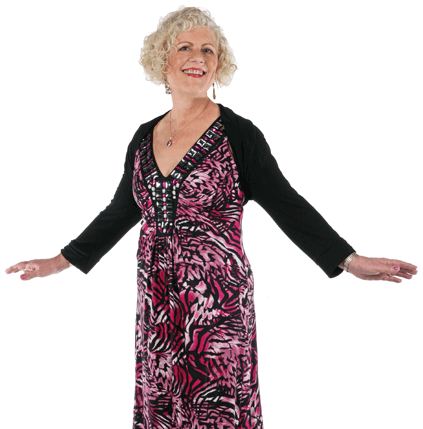 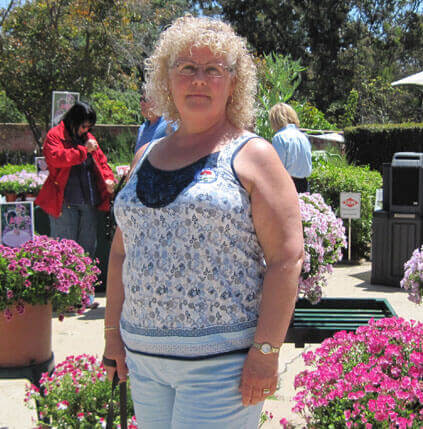 I have had a lifetime of being ‘bonny’, ‘big-boned’, ‘large’, and just plain ‘fat’. I was a ten pound baby, and according to my mother had an insatiable appetite – I was weaned at 3 months and mum swears I was eating steak pudding and chips at 6 months!

One of my earliest memories of food as a child involved being made to feel proud of the fact that I could eat as much food as my dad – I remember my plate being piled high with dinner, and of course I always left a spotlessly clean plate!

At age 13 I weighed 13 stone, and Mum took me to a ‘diet doctor’. I went to see him regularly, had injections in my thigh, which I vaguely recall were purportedly from the uterus of a pregnant cow (the mind boggles!), and followed a diet in which hard-boiled eggs and grapefruit figured largely.  That was the start of my life-long ‘battle of the bulge’.

Over the years I enjoyed varying amounts of success with Weightwatchers, the Cambridge Diet, Rosemary Conley, Dr Atkins, Slimming World, hypno-therapy, and most recently a ‘virtual gastric band’ under hypnosis. That didn’t work at all and wins the prize for the most expensive failure. I must have lost tens of stones over the years, but always the weight returned within a year of having lost it. It seemed I was addicted to food; I ate when I was miserable, I ate when I was happy, and I loved all the wrong kinds of food.

Life wasn’t all bad though, I was happily married and we were blessed with three wonderful children. My husband loved me regardless of my size – and with each pregnancy I piled on more weight that I never quite managed completely to lose.

In 2008 I weighed around 16 stone. I had problems with my knees; a lot of back pain, and once more embarked on another diet, this time a healthy eating regime monitored by my GP. I had managed to lose a stone by the end of 2008, and then in February 2009 the world I knew came to an end when my husband died of a sudden heart attack. It was a complete shock, he was perfectly healthy, and we had no warning signs. The children were aged 16, 18 and 20.

After that big shock I began to think more seriously about my own health.  The children had lost their Dad. I didn’t want them to lose their Mum prematurely as well. I joined a gym and embarked on another diet. I lost some weight, but got bored with the gym and another weight-loss campaign fell by the wayside. A few years previously I had started smoking again, so decided I should stop smoking. I tried and failed to do it alone, so went to a hypnotist and it worked – I was a non-smoker again! However, to my horror over the next year after stopping smoking, and despite my best efforts to LOSE weight, I managed to put on 3 stone – I replaced cigarettes with food, and my weight crept up to 18 stone 3 lbs. It was during this period that I tried to be hypnotised into not eating – the virtual gastric band. I thought if it worked for smoking maybe it would work for my eating habit. It didn’t.

At 18st 3lbs my body was protesting. My knees were extremely painful, my mobility was starting to suffer, I couldn’t bend down, and I suffered from terrible lower back pain. My GP was not happy about my cholesterol levels. I felt desperately that I needed to lose the weight permanently if I was to have a decent chance of being there for my children as they embarked on their adult lives, and beyond that of being able to play with any future grandchildren I might be blessed with. So at the end of 2010 I started looking into the option of weight loss surgery, researching it endlessly on the internet, comparing providers, and discussing it with my GP.

I was not eligible for the surgery on the NHS, despite a BMI of 42, as I didn’t suffer from sleep apnoea or high blood pressure. However, after the death of my husband I had decided to retire early from my stressful job as a secondary school teacher, and was able to draw my teacher’s pension, so I decided to invest some of my lump sum in what I saw as a life enhancing, and hopefully life-extending, procedure.

Healthier Weight was to me the obvious choice for the operation – they seemed to have by far the best post-op after-care and support. I met Dr Ashton and talked about my options in more detail, and reached the momentous decision that a gastric bypass would be the best solution*. Once I had made the decision there was no looking back, and I could not wait to have the operation. It was carried out in March 2011 and I have been thrilled with the outcome*.

My recovery was quick, after a month I felt able to function ‘as normal’, although of course I wasn’t yet jumping and running around*. But I was doing gentle exercise, walking a little along the seafront every day and gradually increasing my steps and speed (I invested in a pedometer).  And my weight was going down*.

One year later, and I have lost 7 stone*. I am still losing weight, but very slowly now, approximately 1lb per month on average, which is fine as I am actually very happy with my current size. I have gone down from a size 22 to a size 12/14*. I never feel really hungry, but eat three small healthy meals a day.  ‘Small’ is all I can manage – I don’t have the same capacity for large quantities of food – those days of my plate piled high with food are definitely gone for ever! I rarely eat between meals. I have lost all desire for heavy, fatty foods like fish and chips, or donuts – two old favourites in my previous life! My knees are much improved, my back pain gone, and I feel 20 years younger. Many friends have told me I look 20 years younger too*!

This might have been the whole of my story, but there’s one detail still to tell. In October 2011, I complained to my GP about recurring cystitis-like symptoms. She examined me and ordered tests and further investigations which showed that I had tumours on my ovaries, one of them approx 9cm across. Within two weeks I was admitted to hospital for a full hysterectomy. Initially it was thought that the tumours were malignant, but fortunately they proved to be benign. However, it was apparent that the only reason that they had been detected was the fact that I had lost such a lot of body fat. Had I remained at 18 stone plus, the chances are the tumours would have continued to grow, undetected, cushioned beneath all those layers of fat, and may well in time have become malignant. So I feel that my gastric bypass has actually been for me a life saving, rather than just life enhancing, operation*, in a way I could never had anticipated. I feel incredibly fortunate that I was able to have the procedure, and of course I don’t regret it, not for one millisecond!