Before surgery I felt like I was constantly judged 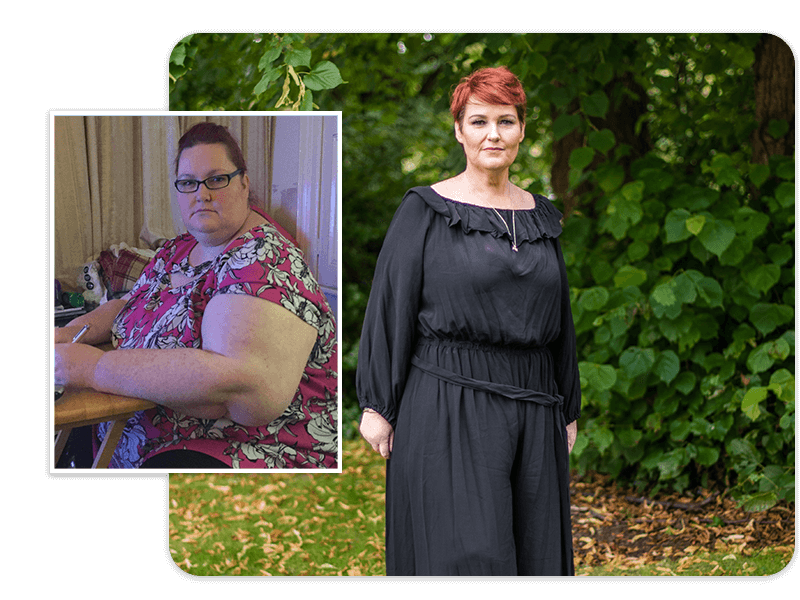 I waited 10 years before having it done, and I really wish I hadn’t. I wish I hadn’t wasted the last ten years

“Society has such a thing about being overweight, and I was so large that I just felt I was constantly being looked at… I hated it.”

Back in 2017 Martine was 32 stone. She was “a shadow of her former self” and unrecognisable to her husband. She knew it was time something had to change. “Even in America I was supersized.”

After doing some research into weight loss surgery, and asking a number of friends and colleagues for advice, she had whittled her provider down to two companies. “I then decided to wait and see how quickly they got back to me and who their surgeons were before I made my decision. And I went with Healthier Weight.”

Martine had originally chosen the gastric bypass but on the morning of her procedure was informed by her surgeon that a gastric sleeve would be a much more effective and better long term solution to take due to existing medical conditions. “The sleeve has just worked out perfectly for me!” She told us.

“My husband said to me, ‘what did I want out of this?’ And I used to ride horses as a child, and I am horse mad. I said, ‘I want to start horse riding again.’ And at 32 stone which is what I was at my pre-op, there was no way I was ever going to get on a horse. But, as of February this year, I started horse riding again!”