How I reversed Type 2 diabetes 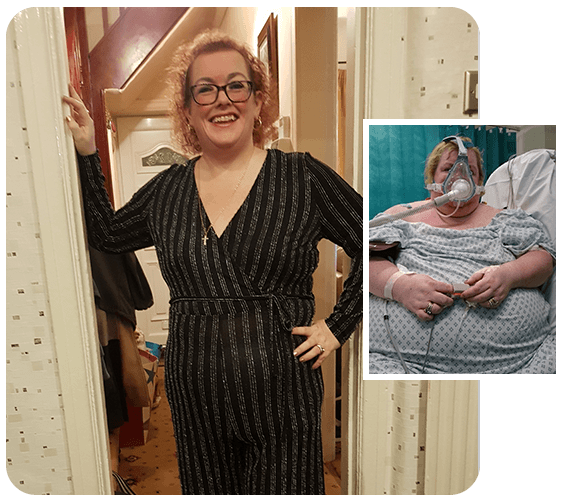 10 months post surgery my HBA1C, which was 58 (over 42 is considered diabetic) is now 31 and has been for 7 months, which means my diabetes is in remission and if it stays that way for 12 months, it will be in full remission.

Despite being 165kg at my heaviest, I was never really concerned with being overweight, even with the early stages of Type 2 diabetes. But all that changed in February 2016. I went to the doctors just feeling generally unwell and with difficulty breathing. My blood oxygen level was checked and when the doctor saw it was 53% (when it should have been about 98%) I was rushed to hospital and spent the next 6 hours in resus. I then spent 2 weeks in hospital with a severe chest infection and pneumonia. After some tests, I was diagnosed with severe sleep apnoea. I met a doctor who said my health issues were all to do with being overweight and, with already being Type 2 diabetic, it was a huge wake up call and turning point.

Over the next 2 years I lost 4 stone but that progress slowed up and stopped so I knew I had to make a change. I had seen 2 friends have weight loss surgery and witnessed first hand how life changing it could be. I looked at many options, NHS, going abroad, but felt I needed the support that going through someone like Healthier Weight would provide.

From the first enquiry to now, I have nothing but positive things to say about HW. The coordinator, the nurses, the surgeon who performed my gastric bypass, the whole process has been managed really well. My surgery was with Professor Senapati at the Alexandra in Manchester, who was brilliant. Recovery time was 4 weeks off work as I’m a mobile hairdresser and have to carry lots of equipment around.

I’ve never kept it a secret from anyone. If they asked I told them the truth. And to be honest I don’t feel guilty about taking the surgery route. I had the opportunity to do it and did it for myself and my health. It has never been a case of wanting to look better. It was always the health benefits that drove me to do it. Before surgery, I was diabetic, had sleep apnoea, high blood pressure, high cholesterol, and was on anti depressants.

Now, 10 months post surgery my HBA1C, which was 58 (over 42 is considered diabetic) is now 31, and has been for 7 months, which means my diabetes is in remission and if it stays that way for 12 months, it will be in full remission and I’ll be the first patient at my doctors practice to have reversed Type 2 diabetes through losing weight. I’m no longer on medication for blood pressure or cholesterol, I no longer take anti depressants and I no longer take metformin for my diabetes. Also, since October I have been discharged from the sleep service and have handed back my CPAP machine that I had for the sleep apnoea.

“I wish I’d done it years ago”

I don’t think you realise how much being overweight holds you back, you just adjust to things but having lost so much weight, life is so much more rewarding because of all the things I can do that I couldn’t do before. Simple things like walking are just not a chore anymore. Not having to ask for a seatbelt extension on a plane. Being able to keep up with my friends on a night out. Being able to shop anywhere rather than the one or two places that did bigger sizes.

I’d say it’s not for everyone as there are food sacrifices you have to make that are forever and it’s not the easy option that some people might think it is. You still have to control your diet and exercise to be successful, even after a gastric bypass, but for every negative, there are ten positives and my advice to anyone considering it is to research it, weigh up the pros and cons and make a decision based on their own circumstances. For me, I wish I’d done it years ago.