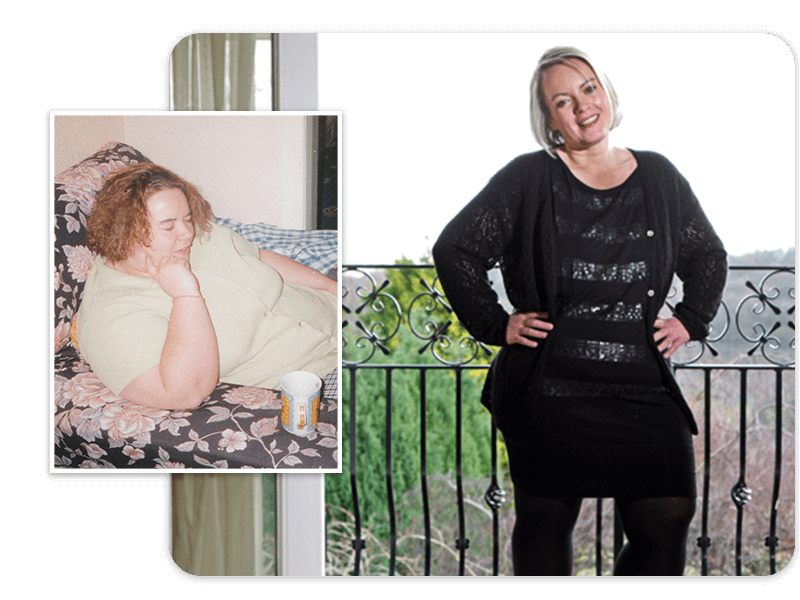 ” Last year I wore a swimsuit on holiday for the first time ever. I go shopping with my daughters and we choose clothes together. Its time to get back everything i have missed out on for the past 30 years. BRING IT ON.” 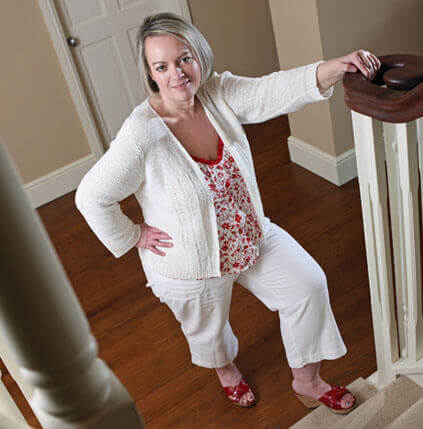 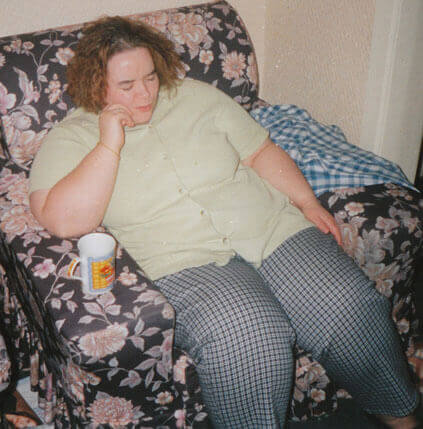 Zoe, 35, a mum of two from Stockport, realised, too late, that her size had caused her children to be bullied at school. Zoe made the life changing decision in 2008 to lose weight so that she could be a “proper mum to my kids” by being healthy enough to go out and on holidays with them. Weighing nearly 21st and at just 4ft 11 ins tall, she set herself the target of getting down to 11st and chose to have a gastric bypass to enable her to reach her goal. She now weighs 10 stones 13 lbs*.

Zoe says “I was always big as a child. The only comfort I had was eating and I had no self esteem. I used to have panic attacks when I knew I had to go out of the house, as I was frightened of seeing anyone I knew. I could see in their face how disgusted they were by the size of me. I hated getting up in the morning and looking at myself in the mirror.”

After having my two children I ballooned to size 30 and was 21 stone. Everything was an effort – just getting them dressed left me breath-less. My clothes wouldn’t fit me and when I did find clothes I would buy over sized so I could hide it all away.

Zoe says her biggest mistake was not listening to a friend who told me “You should lose weight for your children” but I didn’t listen until it was too late.  One of her daughters later told Zoe that children at school would laugh behind her back when she went to collect them from school. Zoe said “Kids would say to my daughter, your mum is fat and ugly”. My daughter would cry at school but never tell me.

Zoe explains that she tried “Diet after diet, but nothing worked and I always ended up putting on more weight. I used to go to the Doctor and complain about my weight as my knees were bad. He suggested a diet, but I couldn’t afford the meals. I told him that I was worried I would die of a heart attack before my children grew up.”

Zoe’s doctor eventually referred her for a gastric bypass. She says “I was apprehensive at first. Scared, excited, fearful and tearful of all that it entailed. But when I met Dr Ashton my whole life changed for the better. It opened up my eyes to the future I could have and would have with a lot of determination.

“September 2008 was the month my whole life changed forever*. The Healthier Weight team looked after me so well and I am very grateful. Eight weeks after surgery I felt great, the confidence was creeping back, food wasn’t the first thing on my mind, I could breathe more easily and people started to notice I was losing weight.” *

Zoe says “I now feel ready to talk about my weight. The new me is finally starting to surface*. I now exercise, which was a forbidden word for so long, but not anymore. I go swimming, and even walk my dogs with pride*. Last year I wore a swimsuit on holiday for the first time ever. I go shopping with my daughters and we choose clothes together. Its time to get back everything i have missed out on for the past 30 years. BRING IT ON.” *