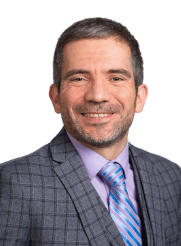 C6035173
Mr Toumi is a consultant Bariatric and Upper Gastrointestinal surgeon who works both in the NHS at County Durham and Darlington NHS Foundation Trust and privately at Washington Spire Hospital. To date, Mr Toumi has performed more than 600 bariatric operations in Canada and in the UK, in addition to more than 1000 gall bladder operations. Mr Toumi has a special interest in medical education and is involved in teaching and training medical students and junior doctors.

Mr Toumi is a consultant Bariatric and Upper Gastrointestinal surgeon who works both in the NHS (County Durham and Darlington NHS Foundation Trust) and privately (Washington Spire Hospital). Mr Toumi completed his training in General and Upper Gastrointestinal Surgery in the North West of England (Manchester and Lancashire) in 2014. He was privileged to work in outstanding UGI units in Greater Manchester, Sheffield, Preston and Doncaster. After completing his training in the UK, Mr Toumi was appointed to the prestigious Bariatric Surgery Fellowship at McGill University in Montreal, Canada (one of the first and pioneering Bariatric programmes in North America, which began Bariatric Surgery in 1962).

Mr Toumi has been involved in teaching and training undergraduates (medical and nursing) and postgraduates (residents, senior house officers and registrars) in England and Canada. Mr Toumi is actively involved in educational and clinical research and have several presentations and publications in major national and international conferences and journals.